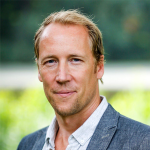 As a professor at the Technical University of Twente and chair of the department of communication science, Alexander van Deursen is interested in the role of technology in the processes of human communication and in ensuring that technology development is at the service of people. He is especially focused on evaluating the contribution of technological developments within debates on inclusive societies. In a scientific manner, Alexander maps barriers of technology engagement – for example using his acknowledged framework of digital skills – and explains differences in the positive and negative outcomes that people receive from engagement with (emerging) Internet technology.

Alexander has published widely in communication science journals that critically discuss key issues arising from the scale and speed of technology development. His publications on digital skills and digital inequality have won several awards. He has advised the Dutch government, European Commission, International Telecommunications Union, UNESCO and other organizations on the social implications of the Internet, specifically on how to account for the contribution of technology to increasing social inequalities. He has been visiting professor at the London School of Economics and Political Science (LsE) and Arizona State University (ASU).

He co-initiated the rapidly expanding DISTO project (from digital skills to tangible outcomes project) with professor Ellen Helsper (LsE). Currently, Alexander is leading three research projects '21st century digital skills, key to contemporary workforce', 'Any Thing for Anyone: a new digital divide in the Internet of Things', and 'Digital Inequality in the Netherlands'. He wrote a book with professor Jan van Dijk called 'Digital skills, unlocking the information society'.