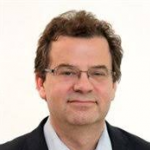 Peter John is Professor of Public Policy in the Department of Political Economy at King’s College London. He is known for his work on agenda-setting, local politics, behavioral interventions, and randomized controlled trials.

He is the author of Analyzing Public Policy (2012), which reviews the main theories of public policy and the policy process. He is interested in how best to involve citizens in public policy and management, often deploying behavioural interventions. He tests many of these interventions with randomized controlled trials. Some of these trials appeared in Nudge, Nudge, Think, Think: Experimenting with Ways to Change Civic Behaviour (Bloomsbury, 2011).

Practical issues with the design of experiments are covered in Field Experiments in Political Science and Public Policy (Routledge, 2017). Experiments are also used to examine the impact of social media and politics in Political Turbulence: How Social Media Shape Collective Action (Princeton University Press, 2015), with Helen Margetts, Scott Hale and Taha Yasseri. A more general approach to the use of the tools of government to achieve policy change is contained in his Making Policy Work (Routledge, 2011). His most recent book is How Far to Nudge: Assessing Behavioural Public Policy (Edward Elgar).